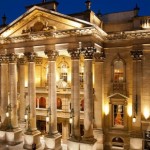 We are now half way through the Hairspray the Musical UK Tour!  As we prepare to open at our first venue of 2016 next week, we’re taking a look at what was going on in our next bunch of cities in the 1960’s…

Don’t forget to Book your tickets to Hairspray the Musical at these venues and more!