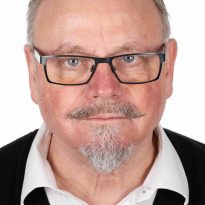 Following on from his hugely successful career as one half of comedy duo Hale & Pace, Norman has become an accomplished actor in his own right, with guest lead roles in BBC’s Casualty and ITV’S The Last Detective, as well as an incredibly impressive list of theatre credits, including in the role Amos Hart in his West End debut in the musical Chicago in 1999 and subsequently followed by UK tours of Honk, A Slice Of Saturday Night, Much Ado About Nothing, Twelfth Night, Satin ‘N’ Steel, Breakfast With Johnny Wilkinson, Donkeys Years, Our Man In Havana, Dry Rot, Charley’s Aunt, Annie Get Your Gun, One Man Two Guvnors, The Rocky Horror Show and both the 2018 and current tour of Hairspray.